On April 24, 2012
by davidberry
in Relationships
Leave a Comment on 4 Guy Fears Regarding Women 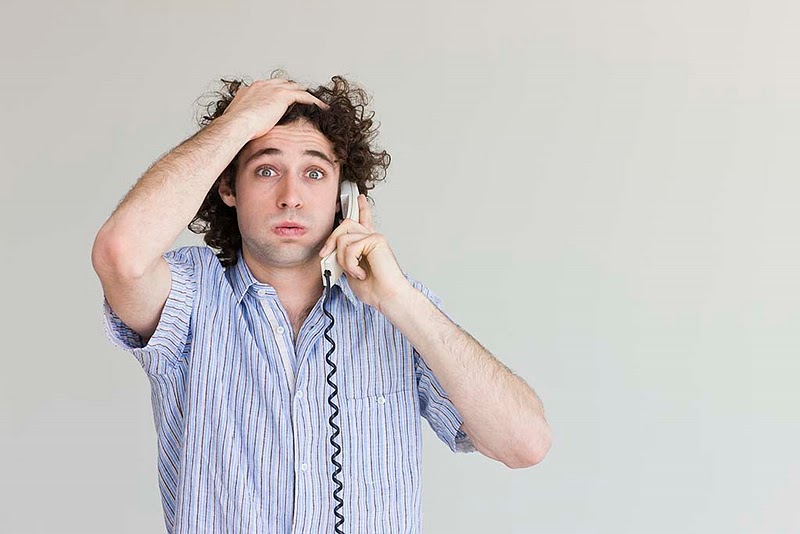 It’s so easy being a guy, isn’t it? No, it’s not. It’s awful. You’ve got all this pretty hair and a beautiful smile. We’ve got all of these pit stains and our pants don’t fit. And that’s not all. Check out this list of four other things that guys fear when they’re around women.

1. Making Enough Money – As women are working their way up the professional ranks, men are faced with a new hard reality: 56% of college grads under the age of 25 are either underemployed, or altogether unemployed. That’s people in general, but the new truth remains: The odds are split that she’ll make as much or more than you do. In generations past, it was taken for granted that a man would be the Don Draper of his household. Now, if a man is bold enough to approach a woman, he’ll also have to find a way to set his ego aside should he discover that she can afford a nicer car than him.

2. Hair – Age does a curious thing to a man. It takes the little bit of hair that he has on his head and transports it to his body. Everywhere on his body. So not only is he making less money than you, but he’s prematurely bald and he has patches of back hair to boot. It’s not that he’s afraid to talk to you. He just doesn’t have time. He’s too busy with Rogaine applications, body waxing and manscaping.

3. Body Image – Allegedly, women are the worst self-critics when it comes to this. And if they believe that, then they’ve never asked a man what he thinks about his body. In our minds, we don’t see your issues the way you do. You’ve got boobs, a butt and your hair smells wonderful. Must be nice! Us? We’ve got pudgy stomachs and droopy shoulders – and they’re all covered in that body hair we can’t get rid of. What do you see in us anyway?

4. Charm/Humor – If we’ve miraculously gotten you to look past the first three issues on this list, then it really is about who you see on the inside. Don’t worry, we’re scared of that, too. What are we supposed to do if a beautiful woman is willing to share a meal with our broke, bald, fat ass? If a joke comes across as tasteless, or it lacks a punchline altogether, we’ll start getting warm under the collar. And if our attempts at charm just come across as ego-shredding self-deprecations, then maybe you’ll pity us instead of fall for us.

And you thought girls had it bad?